All Good or All Bad? 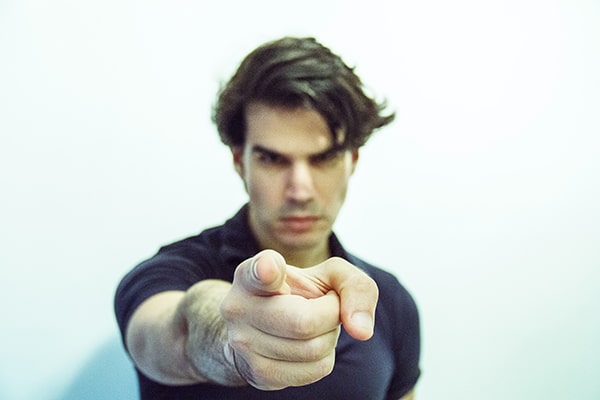 Are you all good or all bad? Or are you somewhere in between? I can answer that question for you. You are somewhere in between. So am I. So are all our family members and all the people we know. So is everybody else. Sometimes we forget this when it comes to people who believe something different from us. Those who are different because of the ideas they have or the things they believe or the way they think in terms of solving problems, usually get labeled by others who have a contrasting perspective. The label is almost never good. Labeling brings out the worst in us.

It’s so incredibly self-righteous and hypocritical. We act as if we and those like us are good people and the others are bad. It’s just not so! Jesus didn’t think of people in that way and neither should we. He came to set in motion a process by which we all can become better than we are. He died so that we could become Holy and blameless. How can we think of ourselves as blameless when we point the finger at others? We are never more guilty than when we do that.

There was a group in Jesus’ day who openly thought and said that they were all good and that everyone else was all bad. They were constantly promoting themselves and putting down others. The Pharisees were void of love and compassion. It’s interesting that Jesus was so compassionate to everyone but when it came to the Pharisees, He had some special words for them. He said to them that they were like white-washed tombs, clean on the outside but full of death and corruption on the inside. He said they heaped heavy burdens on people but wouldn’t lift a finger to remove them. He said to them, “You travel over land and sea to make one single convert, and when you have succeeded, you make them twice as much the child of hell as you are.” But as He hung on the cross, even as the Pharisees stood there, continuing to accuse Him, He said, “Father, forgive them for they don’t know what they are doing.” You might say that they were being judged with the same measure that they judged others. Something we should remember.

The church must stand for justice and righteousness without making the mistake of elevating ourselves above others no matter who they are or what they believe. Jesus said, “A servant is not greater than his master” and he knelt before His disciples and washed their feet. Next time you are tempted to think of your group (no matter how smart and religious you may think you are) as good and some other group as bad, remember that the man who really was all good, gave His life for us because we are not. “Love your enemies and pray for those who use you.”