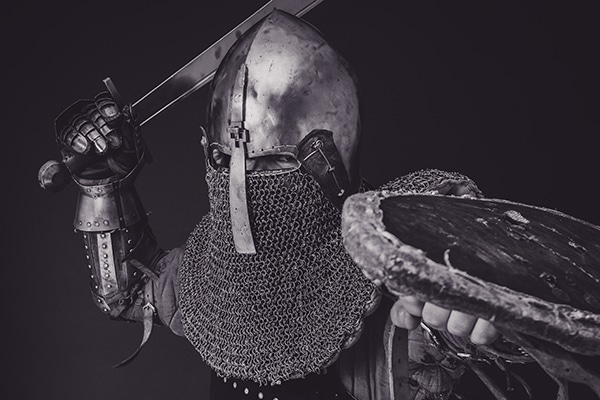 If you’re a good friend, you protect the people you’re close to. You have disagreements with family and friends, but you still love them. You can criticize them one on one if you are close enough to them, but you stand up for them when someone else puts them down. My younger brother and I fought all the time growing up but if anyone else touched him, I would spring to his defense immediately. That’s the way it is with brothers. Once, we were playing basketball when two guys, high on drugs came and crashed our game. They took our ball and pushed my brother. I stepped between this guy and my brother and he pulled a piece of steel attached to a rope out of his pocket and started swinging it at me. I sent my brother home. I should have sent him for help. I was pretty sure I was about to get hurt but fortunately the second guy grabbed his friend and persuaded him to leave before they got into trouble.

You will put yourself in harm’s way for a friend but what about an enemy? Jesus said to love your enemies and the scripture says, “love always protects”. Jesus protected His enemies. Peter cut off the ear of one of the temple guards who came to arrest Jesus. But the Lord immediately healed the man who had come to take him away. As Christ hung on the cross, He looked at the people gathered to watch. In the crowd, he saw the Pharisees who falsely accused Him, the people who chose a murderer, Barabbas, to be released instead of Him. He recognized those who spit in His face and beat Him with their fists. He saw His torturers and His executioners and protecting them all, He said, “Father, forgive them.” You don’t see it often, but when you see someone protecting their enemy, you can be sure of one thing, that person has had contact with the Savior of the world.